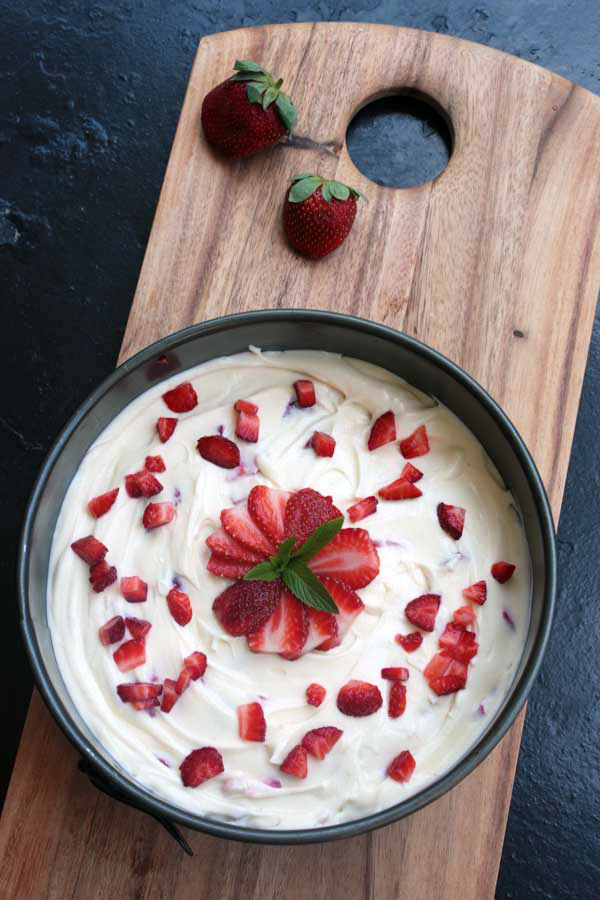 Shock horror, I don’t celebrate Valentine’s Day.  Even though I just got married last April. In fact, I don’t think anyone in my family particularly celebrates it. There, I said it (sheepish look on face). It’s a cliché of course to say this, but I guess I’m just not keen on being told that I have to send a card and make a special meal specifically to express my love on this particular day. I prefer to do that on birthdays, at Christmas or simply as I live out my relationship day by day.

I’ll probably carry on not really doing anything special to celebrate this day, especially as Mr. Scrummy feels the same. I know … Bah humbug! But what about you? Do people in your country generally celebrate Valentine’s Day and how do you personally feel about it? 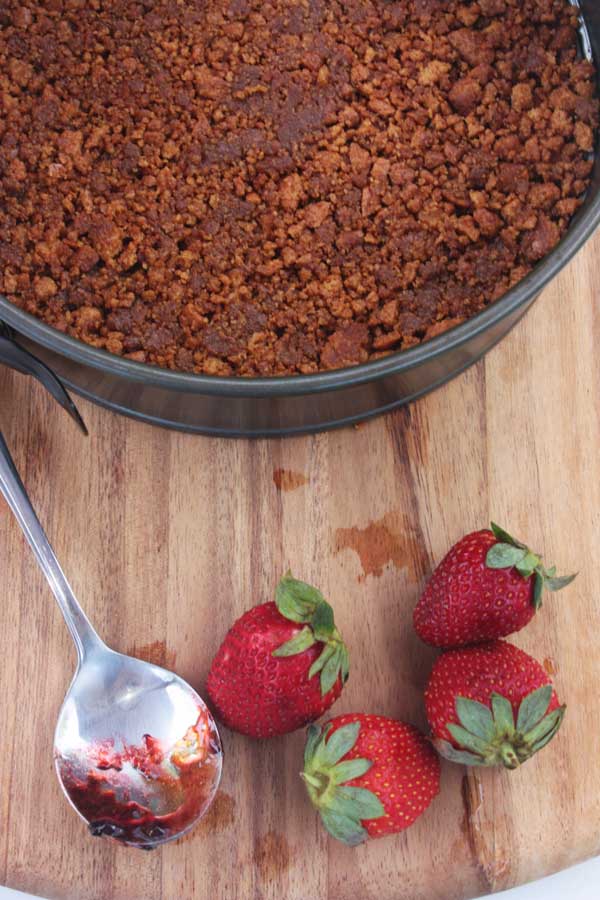 Before I get into what I would make for Mr. Scrummy if I was going to celebrate Valentine’s Day (haha), I thought I’d share with you something interesting. I was surprised to read that it is actually a celebration that goes way back in history. What particularly caught my attention was that according to some historians the first documented association of Valentine’s Day with romantic love came from none other than Geoffrey Chaucer. I’m not sure how well known Chaucer is outside of Britain, but apparently he was the father of English literature. Anyone remember the 2001 film A Knight’s Tale, based on a story from Chaucer’s Canterbury Tales? OK, well that Chaucer. Anyway, in his poem called Parlement of Foules, written an unbelievably long time ago in 1382, he wrote:

‘For this was on seynt Volantynys day
Whan euery bryd comyth there to chese his make.’

[Aka ‘For this was on Saint Valentine’s Day, when every bird cometh there to choose his mate.’ (!!)]

Apparently the poem was written to celebrate the engagement of King Richard II of England to Anne of Bohemia!

Maybe this means I should give St. Valentine’s Day a little more respect from now on!

At the very least, I will share this recipe for a lighter, debatably healthier cheesecake with you, simply because I think it would be a fitting dessert to present to your beloved if you did want to celebrate with a special meal. Or even to a group of friends, couples or singles – it can serve a small crowd, after all! Or you can simply serve it for two and keep it in the fridge for the rest of the week and take sneaky spoonfuls every time you open it! 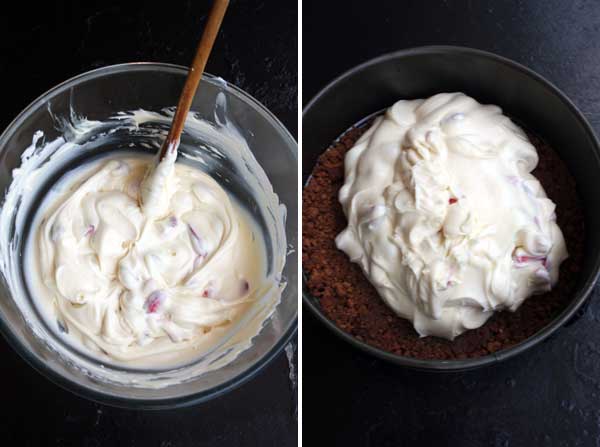 This is a lovely light, tangy, not overly-sweet no-bake cheesecake. It’s easy to make it look pretty and impressive, as you would hopefully agree, but takes so little time to create. It’s really just a matter of assembling a quick cookie/biscuit and butter base and then topping this with a mixture of cream cheese, Greek yoghurt, melted white chocolate and strawberries. If you like, you can stop right there, but I served mine with a beautiful roasted strawberry topping. This didn’t take very long to make either, but if you wanted to you could roast your strawberries the day before you make the cheesecake. Making the topping also means that you can add a couple of spoonfuls to the cheesecake mixture which adds some extra taste and depth to the dessert. 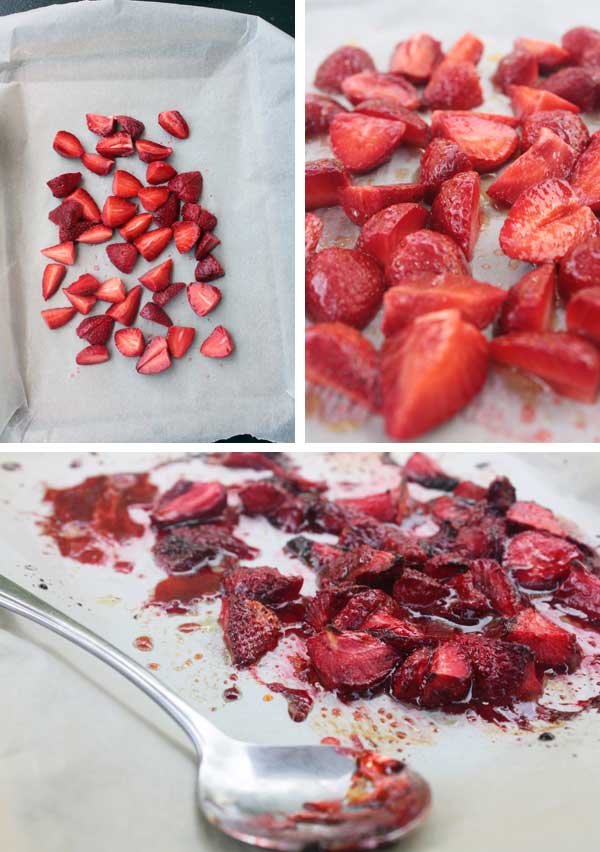 This roasted strawberry topping is so versatile as well. Make extra or make it another time to spoon over a bowl of vanilla ice cream, over some pancakes or waffles, or even into your morning oatmeal. 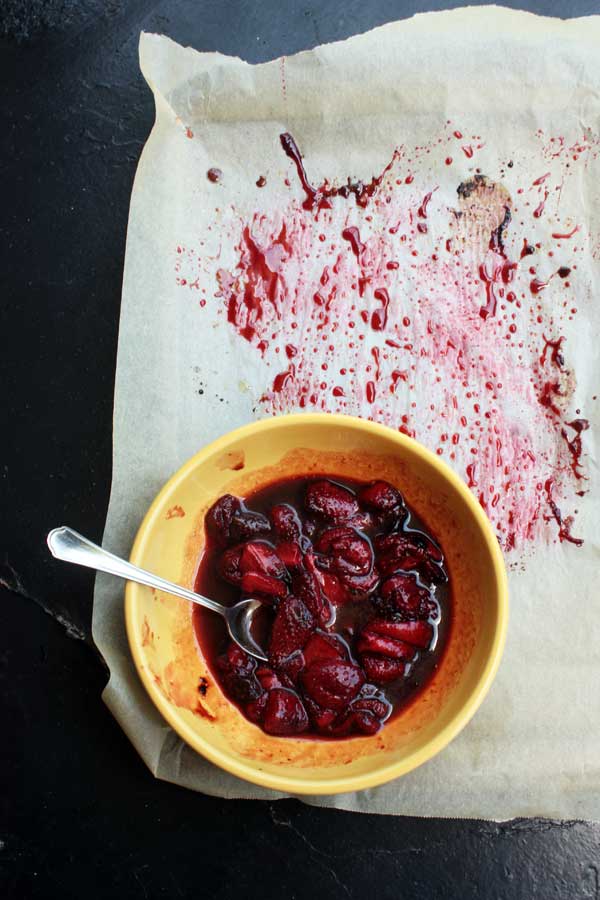 This is quite a soft cheesecake as cheesecakes go as it relies only on the white chocolate to ‘set’ it. I thought this was fine, but if you wanted to you could make little individual cheesecakes in ramekins or glasses instead of one large one as I did.

I really hope you have a go at making this some time, whether it’s on Valentine’s Day or not! 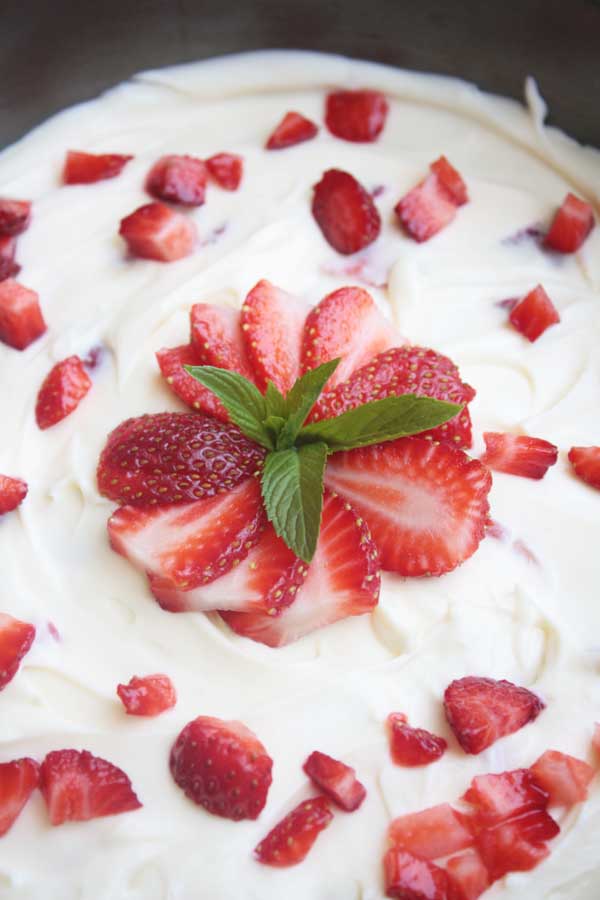 And I just have to say, before I go. As I type this, it’s started to snow those gigantic fluffy snowflakes that always remind me of Christmas cards and street scenes from BBC productions of Charles Dickens’ books! Mr. Scrummy is excitedly rushing over to his laptop to Skype his mum back in Australia to show her! Toothache definitely momentarily forgotten! 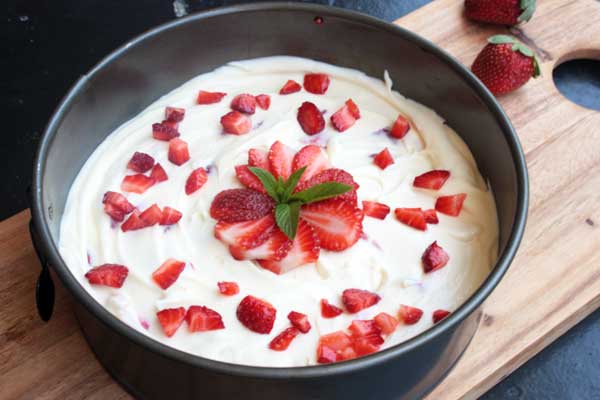 A lighter, low-sugar cheesecake made with roasted strawberries, mascapone or Greek yoghurt and white chocolate and served with a roasted strawberry topping. Easy to make and perfect for Valentine's Day or any other special occasion!
No ratings yet
Print Recipe Pin Recipe Save Recipe Saved!
Prep Time 15 mins
Cook Time 45 mins
Servings (click to change) 8
Author Helen

For the roasted strawberry topping (optional - make this first if including)

Roasted strawberry topping (make this first, if including)

Recipe for the roasted strawberry topping slightly adapted from the recipe in this post by Joy The Baker. Thanks, Joy! I think ginger cookies/biscuits work the best for the base in this recipe. In the UK we have 'ginger snaps', which are perfect, but any kind of crunchy ginger-flavoured cookies would be great. As mentioned, this is a lower sugar cheesecake. If you think you would prefer it a little sweeter, add a tablespoon of icing sugar or beat 50 to 100 grams of fine/caster sugar into the cream cheese and mascapone/yoghurt at stage 8. 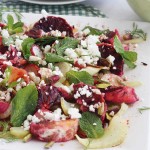 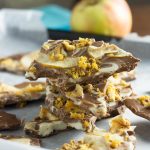 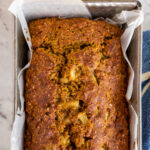 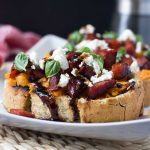